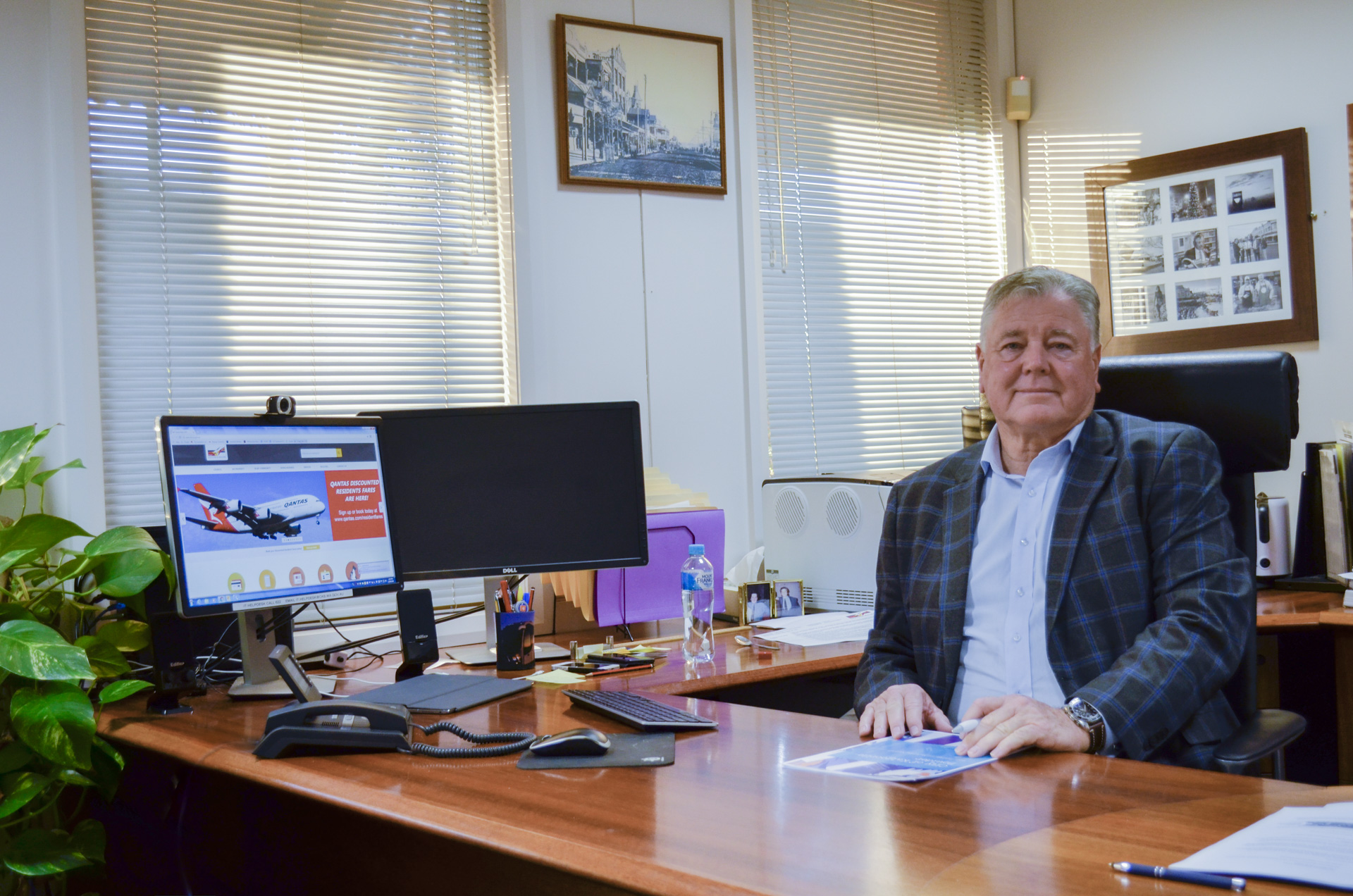 After beginning his career working in local council in New South Wales, City of Kalgoorlie-Boulder CEO John Walker turned to the private sector.  John also worked in the private sector at Westpac and Thrifty Car Rental along with a role at West Coast Eagles before deciding to head back to local government in regional Western Australia.

It is clear that John is passionate about Kalgoorlie-Boulder and utilising his experience from his corporate days to improve the liveability and economic strength of the regional city.

Tell us about yourself? Why did you decide to join council?

I love regional Australia and the challenges that go with it. I wanted to move to Western Australia for family reasons, I am from New South Wales but I did not want to live in the city so here I am.

I had an early career in local government and then had about 20 odd years in the private sector. I came back to local government because I believe in it, I believe in the communities and I believe I can make a difference, and so I re-entered the workforce at Mitcham Valley Council, thinking that would be a nice place to live and retire, then decided to come to the west and take the challenge on in Kalgoorlie.

How would you describe your council’s vision for Kalgoorlie?

Our vision is strongly economic-based.  We developed a growth plan for Kalgoorlie-Boulder that seeks to help the city like providing energy solutions, education opportunities and the knowledge economy. We are also advocating for funding to improve the development and training base to ensure we have a strong skilled workforce.

We have recently launched an investment prospectus that major projects such as our new lithium processing factory and an internodal exchange.  The biggest project this year would probably be an economic transformation of the CBD, which is a $40 million project.

What are the top three industries in your council’s municipality? How many active businesses are in Kalgoorlie?

Gold mining has been the main industry in Kalgoorlie-Boulder for 125 years and is at record production levels.

There is a view that the mining boom has ended.  That is not true, the construction phase has ended but the price of gold is very high and it drives the local and contributes greatly to the national economy.

We have a $9 billion annual gross regional product in the Kalgoorlie-Boulder region, which is massive. The mining industry is the biggest industry with gold, then nickel and the new kid on the block, lithium.

The second major industry is mining services, so all the support networks such as the drill rigs and engineering. The third largest would be health and allied services, which we have a lot of because of the nature of the population, particularly with a strong indigenous population.

What are the main challenges facing your city?

We need people!  We have in excess of a thousand jobs available today in Kalgoorlie-Boulder, so getting long-term residents to Kalgoorlie-Boulder and accept those jobs is a challenge. In the last census we found out that Kalgoorlie is the highest-earning place in Australia. It is just a tad under $100,000 per person in annual income, which is pretty strong.

We actively fight against it, but there is a lot of fly-in, fly-out workers once you move further away from the city. That’s reflected in our airport – this year, our airport is 15% up on volume and is experiencing the fifth year in a row of growth.

We are working heavily on liveability. We have a very vibrant arts and cultural scene, and we are heavily investing in events and activities for people. We are also working on childcare, health facilities, education opportunities at tertiary level – these are the areas that are really important to people, as they often want to come with a family.

What are the main challenges facing your region?

We have antisocial behaviour and issues around mobility for people who live in the land and in remote communities, so that challenges us all. Those behaviours on the street often cause a negative perception of the place.

We are in a remote part of WA and it is harder to get here, we have more fly-in, fly-out workers and that damages the local economy.

What are your infrastructure priorities for 2018/19?

Our next priority is investing in innovating our recycled water system. Kalgoorlie is actually a very green city and that’s because we have a recycled water scheme but we want to improve this.

The city waters not only its parks, gardens and reserves, but it waters the school ovals, the race course, the golf course. Everything is green because of the recycled water system, so we want to protect that and make sure it’s in good shape.

We are the sewerage authority as well, so a lot of the costs and expenditure are required. We are looking at the whole means of operating in the recycling and rubbish field as well in terms of the infrastructure.

Why did you choose to join Regional Capitals Australia?

We are part of a group called the Regional Capitals Alliance Western Australia, so it’s a natural extension that when you want to play in regional Australia, you need good representation and you need a voice in Canberra.

RCA gives us that voice, we’re part of something. I think that because most people tend to judge regions by population, all West Australian regional capitals are distant cousins, and we might have a small population, but we’ve got a powerhouse economy and we need to make sure people understand that.

There’s more to a regional city than the population.

Why do you think regional capital cities deserve a place in national policy?

We drive about 28 per cent of the economic output for Western Australia and when you combine that with the Pilbara, our two cities represent 60 per cent.

If our cities are the producers of national wealth, then we absolutely need a place in policy – we need to be supported. There is opportunity here and it should be recognised.