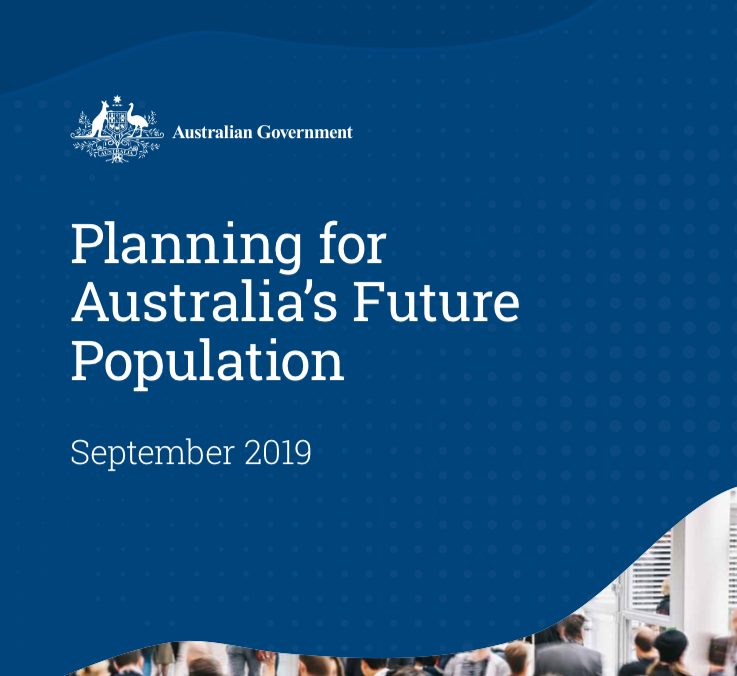 Minister for Population, Cities and Urban Infrastructure the Hon Alan Tudge MP this week, launched an update to the Planning for Australia’s Future Population plan at the Sydney Morning Herald’s Population Summit.

As part of the update the Minister advised, after consultation with the States, he will be tabling a formal National Population and Planning Framework at the next Council Of Australian Governments (COAG) meeting, in December 2019. It is expected that meeting attendees will agree to the framework during the meeting.

It is encouraging to see Federal Government and the State’s continue their commitment to national population planning.  Particularly as it is clear that, possibly for the first time, the plan will begin to address regional Australia’s desired to be part of the national growth agenda.

When the ‘Planning for Australia’s Future Population’ was first launched there were (and continue to be) sections of the community that insist Australia’s regions will never form part of the solution to ease the squeeze on the major metros.

This notion was challenged in the Minister’s speech when he advised that Canada’s provinces today had a much greater role in attracting and settling economic migrants due to policies that were put in place in the 1990s. Before the changes were enacted, he advised, only 10% of economic migrants settled outside of Canada’s big three provinces. As of 2017, this figure had risen to 34% – a significant change.

These statistics are a clear indication indeed that proactive policies and planning implemented over the longer term have the ability to generate change.

While the Planning for Australia’s Future Population update and commitment to a national population framework are encouraging, there is the risk that the plan will not go far enough to champion growth in all regional capital cities. If Australia is to properly harness this significant population growth, we must continue to encourage more people – those arriving as international migrations and those currently residing in our biggest cities –  to see regional cities as liveable alternatives.

Infrastructure Australia (IA) has recently confirmed that there are real risks of these cities being left behind if a more proactive approach to invest in social and economic infrastructure does not occur in all regional cities.

Regional Capitals Australia (RCA) has been making the case for a greater share of the population pie and we are very supportive of the government’s plan to make this happen. We have also been making the case for investment in the things that make all cities function: roads, rail, air, mobile and braodband as well as essential services, further education and social amenity.  We look forward to working with the Federal Government on a similar plan that will make sure our cities are connected, liveable and of course continuing to be highly productive.