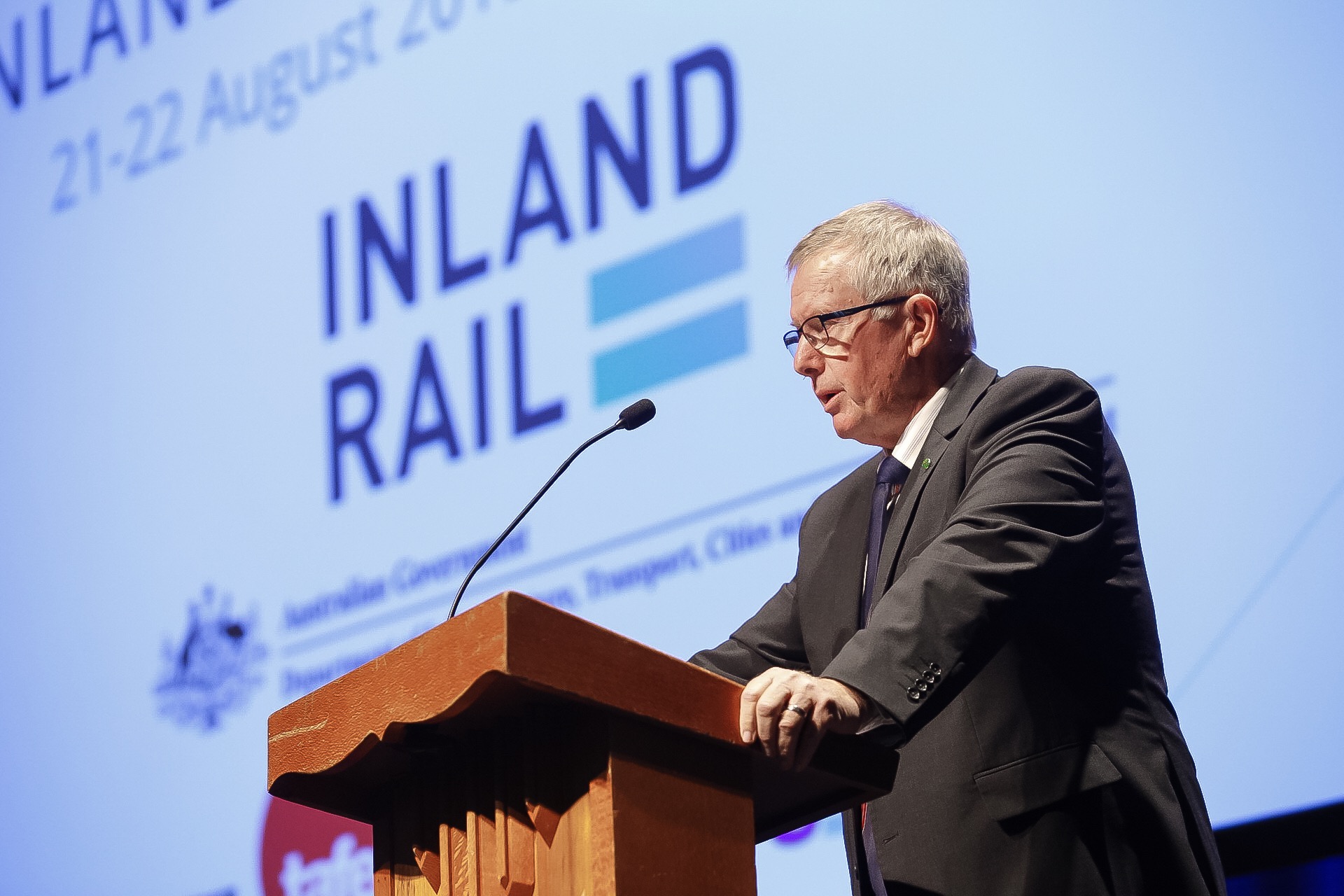 After a number of years spent as Mayor of Gwydir Shire Council, Minister Mark Coulton decided to use his knowledge of regional communities to run for the seat of Parkes in New South Wales. Over ten years later, the Hon Mark Coulton MP is now Minister for Regional Services, Decentralisation and Local Government and Assistant Trade and Investment Minister and is determined to use his personal experience and knowledge of local government to benefit the local councils of regional Australia.

Why did you choose to pursue a career in politics?

The decision came about by accident – it wasn’t always a long-term goal. Back in 2004 the New South Wales government was conducting amalgamations and my local council, Yallaroi, was going to be amalgamated with the Bingara and Barraba shires. I was concerned about what that meant for my community. It sparked my interest.

I then decided to run for council. I was elected as a councillor and was then elected as Mayor at the first meeting.

Over subsequent years, I enjoyed the role and came to understand what it means to work for one’s community in elected office. I was Mayor for three years before I was elected to Parliament in 2007, as the Member for Parkes.

When my friend, John Anderson (a former Deputy Prime Minister) told me that he was not going to recontest his seat, I thought I could do the job of being a Federal member.

I knew I could take my knowledge and experience of representing small communities to Canberra and put it to good use.

What are the top three priorities you would like to achieve in your new role as Minister for Regional Services, Decentralisation and Local Government and Assistant Trade and Investment Minister?

My portfolio is very broad. It encompasses nearly all the issues I’ve been working to overcome since I became a Mayor, including regional health, connectivity and education.

Decentralisation is the broad banner that covers the rest.

If you want people to move into regional areas, then you’ve got to make sure you have the appropriate health services, regions have to be connected, including digitally, and education opportunities are key priorities for families.

In regional areas, local government deals with all the issues that affect regions, so the different parts of the portfolio go well together.

I would like to address the maldistribution of health professionals, to get these professionals out into regional Australia where they are needed most.

The Government’s $550 million Stronger Rural Health Strategy is starting this process by getting an extra 3,000 doctors and 3,000 nurses to the bush over the next ten years.

I also want to make sure country kids can get the education they deserve and actually have a choice of what they want to do after secondary school. This choice could be a local apprenticeship, a tertiary education or begin working in their chosen field.

I believe in the importance of education, because if people don’t have a proper education, decisions are taken away due to a lack of skills.

The continued roll out of the Mobile Black Spot Program is also be a key priority. There are already 740 new towers online that have been funded through this program, and providing real benefits for rural communities.

As a former regional Mayor, how important is it to you personally to be able to work on this government portfolio?

I’m really thrilled – in my very first speech to parliament in February 2008 there were a few things that I mentioned, one of which was an attempt to get a better deal for local government.

I’m very pleased now to have a position that will enable me to come up with some changes, if that’s what’s needed, to ensure all local governments get a better deal.

Since beginning in this role, I’ve met with a range of local government stakeholders to better understand the areas where I can make improvements.

What do you think is the biggest challenge facing local governments in regional Australia?

Many rural areas are now affected by the drought and losing people because of technology, mechanisation and the way those businesses and areas operate.

I think the challenge is to maintain services in these areas while these changes are occurring. A lot of local governments get involved in aged care and early childcare centres because no-one else is doing it, and they don’t want to lose those services.

The real challenge for local governments is to be able to maintain those services that people expect, and indeed are entitled to, but also to do that on a limited budget. I think they’re under a lot of stress at the moment.

What do you think should be done to solve the service shortages?

I’ll be working through that, I don’t pretend to come in at the start of the job and have all the answers at my fingertips.

Flexibility is important, as is recognising that some smaller councils have different needs and priorities than the larger ones. We will be working to meet the needs of all councils, but also make sure that those in need get the help they want.

We put a lot of money out through the Drought Communities Program, where councils get a million dollars to employ people through the drought, in a range of areas including building roads and bridges programs.

The funding is targeted at regional and rural projects that boost local employment and procurement and address social and community needs.

Obviously in regional councils, we’ve seen a couple of Regional Deals and the Building Better Regions Fund as well, which invests in projects located outside the major capital cities

The idea of the program is to create jobs, drive economic growth and build stronger regional communities into the future.

We are looking at the individual ways we can assist local councils. My experience as having been on the other side of the ledger as a Mayor of a relatively small regional council enables me to see things through the eyes of those smaller communities.

Do you think regional cities have different challenges and opportunities to the more rural towns and remote areas of Australia?

I think regional cities at the moment are in a position to really blossom, and we’re seeing it now in my electorate.

Dubbo is growing at a very substantial rate, as are those surrounding my area like Tamworth and Wagga Wagga. Cities like this have an important role as regional capitals, because they have many of the services you used to have to go to the big capital cities to access, which is our objective really.

We need to be moving more of our public service into those regional areas. We’re already doing that to a large degree, so that government employees are working side-by-side and living in the communities that they service, not isolated away in a capital city somewhere.

Having public servants closer to their stakeholders and rural and regional communities helps them to better understand the views, needs and experiences of people who live in the regions.

What policies do you think should be put in place to encourage that growth of regional cities?

Locally, it is important that regional cities have a long-term vision and have the appropriate planning in place to articulate how the cities might grow.

Federally, we’ve got to make sure we are delivering the services that regional cities require. Part of my Regional Service portfolio is to ensure that if people make the decision to relocate to a regional city, then they have the services they need.

They need to be able to access a quality internet connection, there needs to be opportunities for their family to be educated and they need to be have access to the appropriate health services.

If all of those things are in place, then the other advantages are relatively cheaper house prices, liveability, the fact that you are five minutes from your sport, work, the shops, all those things – you’re not sitting in your car for two hours a day to and from work.

All of those factors coming together will certainly secure the future of the regional cities.

My job is to make sure that the services supplied by my government are equivalent to what’s available in the capital cities.

Tell us what you love most about your electorate.

My electorate is half of New South Wales, so it’s very big. I’m actually at my house now, and if I were to drive west for 13 hours I would hit my office in Broken Hill. I also have offices in Moree and Dubbo to make it easier for my constituents to contact me.

The electorate includes 18 local governments plus the unincorporated area of NSW.

You would not have the personal relationships I have with individual communities if you represented parts of a big city.

The communities in my electorate are always inspiring, as they deal with issues that come their way and provide support to each other. I think that’s the part I enjoy the most.