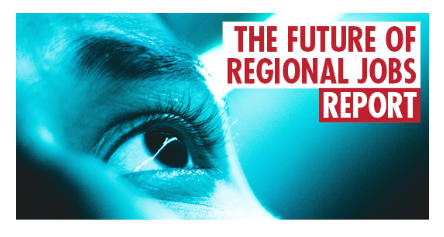 The Regional Australia Institute (RAI) is calling on governments to create four-point plans that will increase regional employment opportunities in their communities. The Future of Regional Jobs report was launched by Deputy Prime Minister the Hon Michael McCormack at the recent Regions Rising conference.

There are also signs of skills shortages in some regions, particularly in the regional cities where the number of job vacancies has grown. In January 2019, there were approximately 42,000 job vacancies outside of the major metropolitan cities across a range of occupations and skill levels.

The report suggests that job opportunities being created in regional Australia over the next four years will largely be given to overseas migrants, people relocating from Australia’s capital cities, and locals.

The Future of Regional Jobs report suggests regional cities will need to increase their liveability in order to attract employees away from the major metropolitan cities, which could be achieved through improving regional infrastructure and increasing access to vital services and amenities.

According to the RAI, community-led efforts are also helping to create the career pathways needed to fill skills shortages.

Further information on the report’s findings can be found in the Future of Regional Jobs report, which can be viewed here.