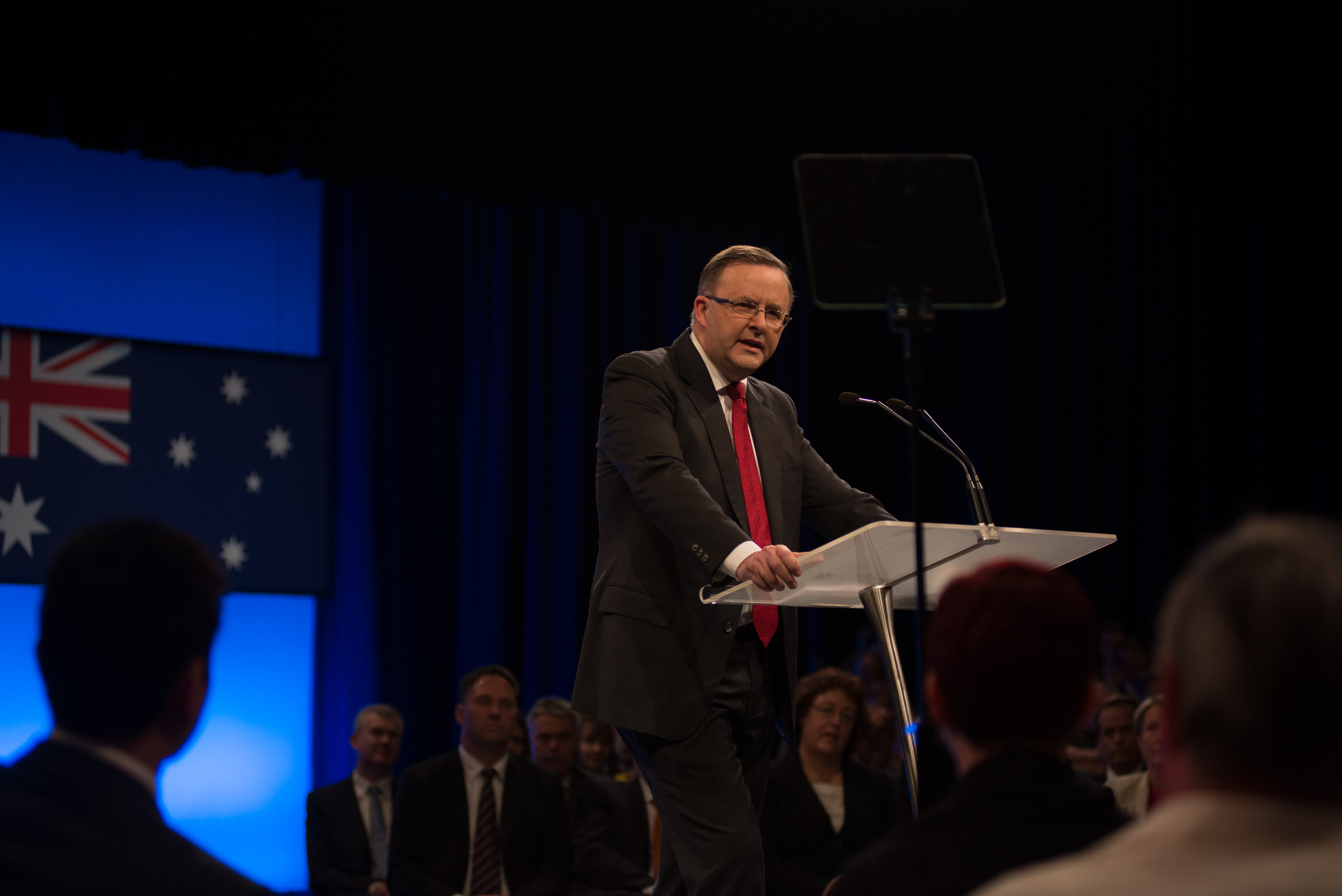 With the Federal Election fast approaching, we have chosen to interview Shadow Minister for Infrastructure, Transport, Cities and Regional Development, Anthony Albanese MP. It seems that a political career was always in the cards, with a young Anthony joining the Australian Labor Party at fifteen years of age.

In my first speech to Parliament I said, ‘I will be satisfied if I can be remembered as someone who will stand up for the interests of my electorate, for working class people, for the labour movement, and for our progressive advancement as a nation into the next century.’

My commitment to creating a more equal society – in our major cities and across our regions – remains just as strong and investing in infrastructure is a critical part of the puzzle when it comes to achieving this.

The fact is, investing in people and their communities unlocks their potential and lifts up the nation as a whole.

As Minister for Infrastructure, Transport, Cities and Regional Development, what would your key priorities be?

If elected to Government in the May election, my first priority will be addressing the infrastructure deficit caused by the Coalition’s underinvestment in roads and rail at a time of continuing population growth.

Research by the independent Parliamentary Budget Office shows that under the current Coalition Government, Federal grants will halve over the next four years from 0.4 per cent of the national GDP, to 0.2 per cent. This underinvestment has hit our regions hard.

In contrast, we will get the ball rolling by building on the record of the former Labor Government, which doubled road funding, rebuilt a third of the interstate rail freight network and committed to more urban public transport infrastructure than all of our predecessors combined.

Regional connectivity and access to modern, affordable and reliable communications remains one of the biggest challenges for regional Australia.

Despite significant public investment in the National Broadband Network, it is clear that regional Australia still does not have the broadband it needs to prosper and grow. Labor remain committed to ensuring Australians have the broadband services that are fit for purpose and it is clear that additional future investment will be required. The NBN rollout is a complex, large-scale project and Labor will require detailed corporate information from NBN to develop future policy options.

Physical connectivity is also critical, which is why High Speed Rail is so important. A High Speed Rail link between Brisbane and Melbourne via Sydney and Canberra would revolutionise interstate travel, allowing people to move between capitals in less than three hours.

This could have an enormous impact on regional development. It would supercharge development of communities along its route such as the Gold Coast, Casino, Grafton, Coffs Harbour, Port Macquarie, Taree, Newcastle, the NSW central coast, the southern highlands, Canberra, Wagga Wagga, Albury-Wodonga and Shepparton.

Bringing these communities to within short travelling distance of their nearest capital cities would make them more attractive locations for investment. Business owners could establish operations in such communities, taking advantage of their lower overheads, safe in the knowledge that their staff could quickly access the cities for business and recreation.

Do you think regional cities have different challenges and opportunities to rural towns and remote areas?

Regional cities play an essential role in supporting the smaller towns surrounding them, which depend on them for jobs and services. This brings a number of challenges and opportunities including ensuring diversity in the jobs market to retain and attract workers, access to aviation to connect with capital cities and sufficient high-quality infrastructure to support the population including well-resourced hospitals, universities, schools and TAFEs.

Tell us what you love most about your electorate of Grayndler.

My electorate of Grayndler is incredibly diverse, with people from all over the world making the inner west of Sydney their home. I have represented this area for over 23 years, and while it has changed in this time, it remains a vibrant community to this day.

If you would like to view our previous interviews, they can be viewed below: