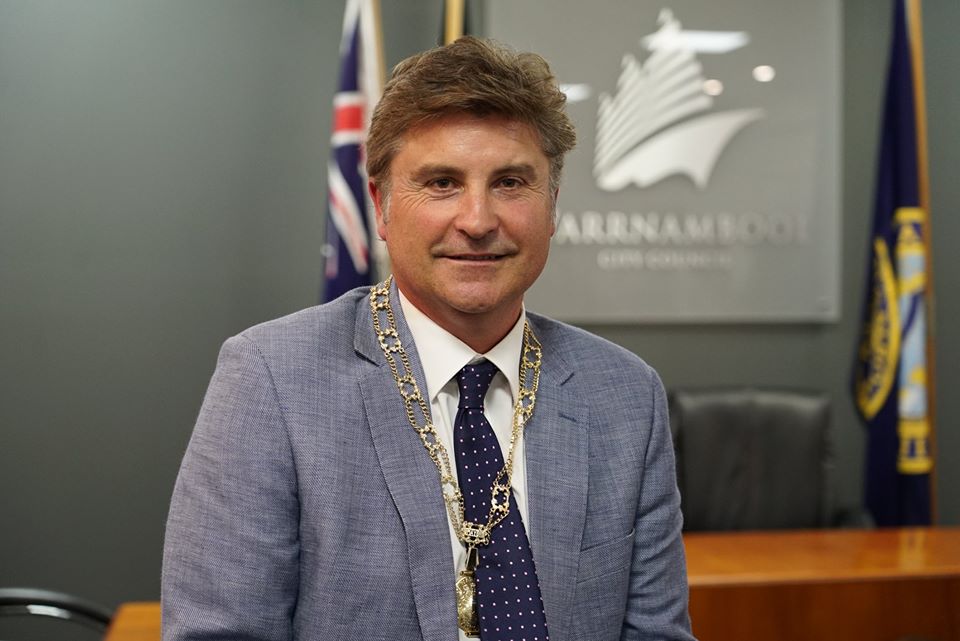 Tell me a little bit about yourself – why did you decide to join Council and become Mayor?

I wanted to make a difference in my community. I have always had a strong interest in Local Government and community service. As an employer for many years, I’d like to think that I can get the best out people, reminding them why they are here and who they serve. I don’t like playing games or politics, I just like getting things done.

I love my community and hope I model community involvement and a sense of positivity and optimism.

How would you describe your personal vision as Mayor for Warrnambool?

My personal vision is to build on our most “Liveable City” status and obtain funding for our next round of projects like the extension of the Princes Highway to Warrnambool, update the rail system, funding for the Harbour projects, Stage 2 of the Base hospital and become a renewable energy hub centre of excellence.

What do you see are the challenges for Warrnambool City Council?

Maintaining the level and standard of the circa 100 services delivered to our community, whilst also continuing to provide a wide range of services to not only our ratepayer base but the surrounding region, for example: children’s services, kinders, pools, art gallery, lighthouse theatre and airport to name a few.
Skill shortages are also an issue in regional centres like Warrnambool and are often hard to deal with, hence the Designated Area Migration Agreement (DAMA)

Why is the Designated Area Migration Agreement (DAMA) so important for Warrnambool and its surrounding area?

Warrnambool is the first in the country to have a Migration Agreement administered by a Local Government. The Victorian skills commission in their recent study into jobs and skills have highlighted around 7000 job vacancies in our Great South Coast region. This is holding our region back from serious growth. Being the most liveable city and region in Australia, people are most likely to relocate if they have a job first. The jobs are here, we must get that message out. There are jobs available across the region from semi-skilled to highly skilled workers. Doctors to farm hands.

What are the social values held by the community?

What are the long-term growth opportunities for Council in Warrnambool?

As Australia’s Most liveable City, we need to maximise on this and promote it to the world.

Why did Warrnambool decide to join Regional Capitals Australia?

Warrnambool sees strength in Numbers. For too long the regional story has been overlooked by successive State and Federal governments. With four million residents living in regional capitals and another four million reliant on these regional capitals, that’s over one third of the entire population centred around regional capitals. Successive governments have all talked about Victoria, for example as a “state of cities”. But for decades the Victorian governments have made it a “City State”. That is, our entire state centres around Melbourne. It has the bulk of the dollars being spent, along with it becoming the mecca for population dispersal in Victoria. Other states are very similar.

Unless the regions stands and demand their fair share of funding and population dispersal, then all we can expect is continual decline. It’s time to take a stand, and RCA is the united voice for the nation’s regional Capitals. Governments have listened and acted to groups like RCA.